Anti-Trump Mexicans In US Rush To Vote For Lopez Obrador

Mexico has a new president-elect, his name is Lopez Obrador, if any American thinks this is a good thing for the US, they are going to be in for a very unpleasant surprise.

In an interesting twist, Mexicans in the US, both legal and illegal immigrants, flocked to vote for the next leader of Mexico in response to what they felt was undue criticism by Trump on illegal immigration.

He ran on a platform that he would stop Trump from building a US border wall, have to say, not sure how he is going to do this, is he going to cut off trade with the US? Go to war with us? That would last about three days.

In a move of irony, illegal immigrants crossed the border, then crossed back to cast a vote, if nothing else shows the need for a wall this should; if you are in the US, what are you doing casting votes elsewhere? 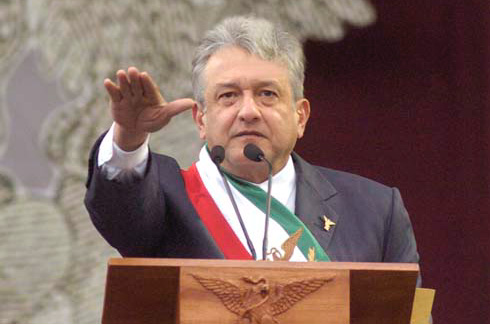 And what did the people say?

“This man is the only one who can make Trump end his persecution and racism against Mexicans,” said Luis Evans, 58, who drove from Los Angeles to a voting booth about a mile from the border, “If there’s not a change in Mexico with Andres Manuel, then God help us.”

As reported by By Lizbeth Diaz, Reuters:

Josefina Serrano, 44, who rode eight hours from Sacramento on a bus organized for voters, said she voted for Lopez Obrador because she was tired of corruption and violence in Mexico, as well an anti-Mexican attitude in the United States.

“I came because I want things to change, and to shut up even President Trump,” she said. “Living in the United States, you’re called out for being Mexican – not just by Trump, but by everyone. They think we’re all corrupt.”

But what was his agenda? That can be broken down as these six points:

What he has promised is he will protect all Mexicans, either in Mexico or the US, will not cooperate with the US in border control, in fact, wishes to aid in helping illegals gaining access to the US.

As for the wall, he had this to say:

“We won’t allow this wall to be built, we’ll persuade Donald Trump that it’s not necessary,” said Andrés Manuel López Obrador, a former Mexico City mayor commonly known by his initials, AMLO, told reporters during a stop in Tijuana on Tuesday night. “And if he insists and wants to impose this wall, we’ll go to the United Nations and present a complaint.”

I have to wonder, if he is running for president, did he ever hear of a right to sovereignty?

In the end, none of this will matter, Mexico needs the US far, far more then the other way around, if the US cuts aid, shuts down trade deals, and puts taxes on money sent back to Mexico and other Central American Countries, they would quickly find themselves in very bad shape, for they depend on this to prop up their economy.

Build a Wall, But Include California’s Borders!

Laura Bush, Where Were You?

Would Generals Refuse Orders To Use Nukes?