Hopes are low that Congress will put a Phase 4 stimulus package on President Donald Trump’s desk before the upcoming August recess, people familiar with the negotiations tell the Daily Caller.

Two senior White House officials and several Hill officials with intimate knowledge of the negotiations fear that Republicans and Democrats are too far apart on wish-list items to realistically move the bill forward. The sources, who spoke on condition of anonymity in order to discuss the ongoing talks, cast a stark sentiment on both sides of the negotiation table.

The White House and members of Congress have floated potential items for a Phase 4 coronavirus stimulus package for months — including a payroll tax cut, a second tranche of direct payments to taxpayers and increased budgeting for schools to reopen in the fall — but formal negotiations between the administration and Congressional leadership didn’t kick off until this week. Senate Majority Leader Mitch McConnell and House Minority Leader Kevin McCarthy met with Trump at the White House on Monday.

Heading into Tuesday’s meeting, Meadows said that the group was eyeing a tentative July 31 deadline for the package, which happens to be the last day the House is currently scheduled to be in session, but McConnell told reporters later in the day that it’s unrealistic to expect legislation to be passed within that timeline.

“Of course politically it should pass before August recess. Everyone wants to have something they can point to back at home,” one GOP Senate aide told Daily Caller. “But if the last CARES negotiation was any indication of what’s to come, I don’t see how that timeline is feasible. Let’s remember Nancy Pelosi and Chuck Schumer derailed the process and critical relief for days back in March because they were clinging to pipe dream proposals that have nothing to do with defeating this virus or helping hardworking Americans overcome this economic crisis.”

“I wouldn’t hold my breath,” a second Senate staffer said in a statement to Daily Caller. “Given how far apart both sides are right now, I’d be shocked if Congress is able to pass a comprehensive coronavirus response bill by the end of the month. Hopefully, Speaker Pelosi and the Democrats will put away their liberal wish list and come to the table.” 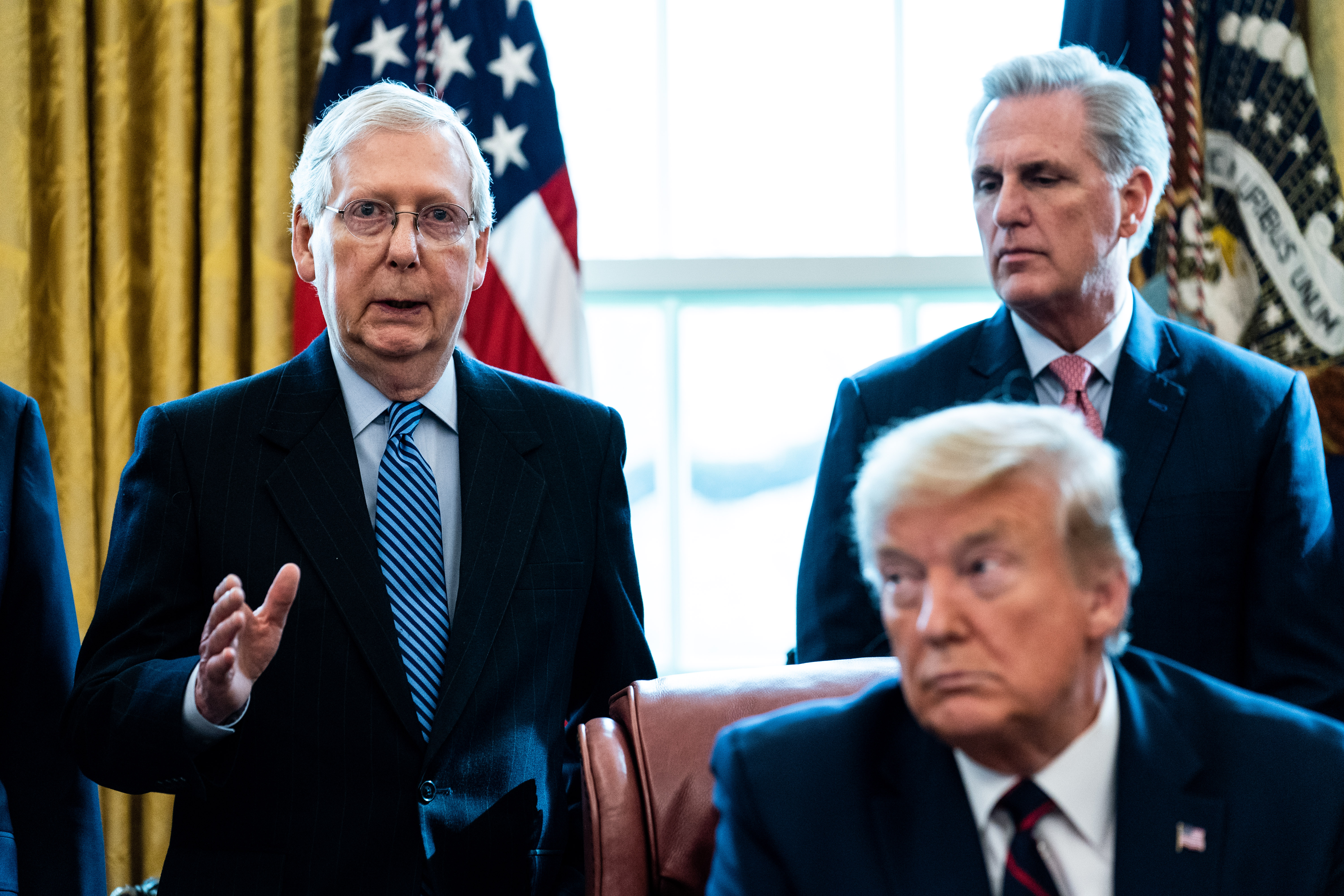 Kentucky Republican Sen. Rand Paul, a notorious budget hawk, stormed out of the lunch and compared it to a “Bernie Bros” meeting.

“Everything they ever said about President Obama they are,” he told reporters. “This is insane, they are ruining the country.”

Utah Republican Sen. Mike Lee also expressed concern to Daily Caller about the cost of McConnell’s package, considering the massive unemployment spike caused by the pandemic seems to have reversed.

“With states reopening, it’s not clear that we need to borrow another trillion dollars now,” he stated. “If there is a Phase 4, I would like any additional spending delivered directly to families, rather than to politicians or government bureaucracies.”

Republican Florida Sen. Rick Scott additionally said Tuesday he would “do everything we can to make sure we’re not bailing out states,” including delaying the bill. 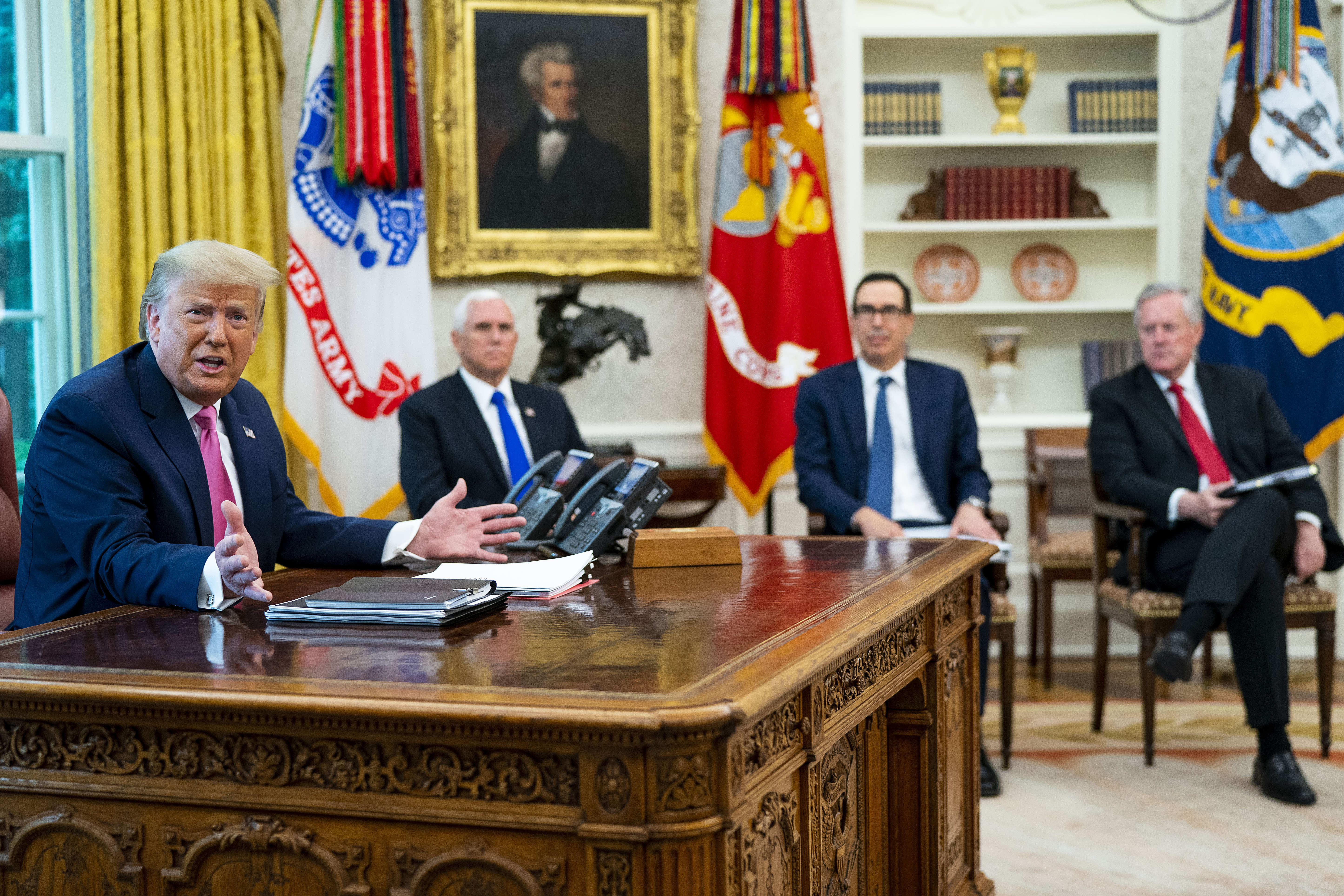 Two senior Trump administration officials offered similar sentiments to the Daily Caller to those expressed by their Senate counterparts. One official suggested Mnuchin and Meadows’ timeline is indeed too ambitious, and that “if anything happens” it won’t be until the first week of August.

“We’re supposed to be here for two weeks but it looks like it’ll bleed over into August,” the official offered flatly. “Who knows?”

A second administration official even questioned whether or not the president should sign another stimulus package without waiting to see if states currently dealing with a spike in cases opt to re-shutter businesses. The official alluded to Paul’s Tuesday statements leaving the Conference lunch and predicted that additional Republican Senators might soon take up that position.

Multiple House staffers offered slightly more optimistic projections to the Daily Caller but still questioned whether or not both chambers would vote to pass the bill before recess.

“We don’t know the state of play just yet for the next relief package. We expect legislative text within the next 24-48 hours, but how that plays within a divided Congress remains to be seen. If Pelosi puts in extraneous measures, you can expect it to delay the process significantly,” one senior GOP aide explained. “The hope is she will put the needs of 51 million unemployed Americans and millions of others hanging by a thread above her own wish to create a progressive utopia and remake America in her image and likeness.”

A second GOP aide claimed that “the only thing we know for sure about the next coronavirus relief package is that no one knows anything.”

“If someone tells you they know something, they’re lying to you,” the aide stated. “That’s the sense throughout the vast majority of the Republican caucus at least.”

McCarthy himself said during a Tuesday interview with CNBC that he didn’t expect the Senate to send legislation over to the House until August, requiring Pelosi to delay recess. Pelosi said during an interview on July 14 she would “absolutely” work through August to deliver a stimulus package, but a third senior House official told Daily Caller Tuesday that House leadership “will do everything not to have that happen.”

The House is currently scheduled to break for district work on July 31, while the Senate has plans to head home on August 10.