The Democrats, from Roosevelt to Today

We have seen for the last year, Democrats marched in the streets, screamed into the sky (like we saw about seven months ago), Democrats screaming in anguish that Trump is president, but I must ask? Is your life so petty that you are going to find much of your time consumed over who was elected? I may also add, I remember Obama told us all when he was elected the second term, “Elections have consequences”, the very people screaming this at us are now crying in anguish, yelling that we are somehow sub-par because we voted for Trump, asking of us why we don’t care about their feelings. Seems the Democrats today is not the Democratic Party of old.

What is more, when the liberals demand I answer, they become offended when I tell them, “I hate to break it to you, no one cares about your feelings other than your friends, your parents, siblings, mate and children, no one else could care less, they are yours, they have no bearing on us. And thinking you have a right to try to pass on that bigotry, racist, or some other label, I am so done with it.” When people try this now, I tell them “I reject that label” (this triggers them all by itself, had a person the other day screaming, “You can’t reject what I call you, you have to OWN IT!”).

This idiot got angrier when I told them not only do I not accept it or ‘OWN IT,’ I don’t care about it, your label means nothing, it is an opinion, a rather worthless one at that, and the only one it matters to is you). This is how life is, most of the world understands, in work, no one cares if your day is good or bad, if your husband or wife is having an affair, sure not if you are stressed over whom won the election, when I used to own a large business and had employees, I would have told an employee, “Grow up, put on your adult hat and stop acting like such a tit baby!” I was running a business; your misery was not my problem, if you can’t work, go home, I’m not paying you to do nothing, if this continues, then find another job.” Hate to break it to you millennials’s that is the way the real world works.

And this screaming about Trump, get over it, when Obama was elected the first time I will admit, I did not vote for him, didn’t for sure the second election, did not like his policies, but NEVER did I scream that he was not my president, like it or not he was.  It did not matter if I emotionally accepted it, it was a FACT of life, you can no more say this isn’t so then say you are not the person (I was going to say, man or woman, but today that seems to be so fluid and mixed up, I stopped caring what is politically correct or not, you come looking like a man, carry yourself as one, I will address as such, if you are the same as a woman, I will do the same, if it offends you, I really don’t care, deal with it).

Back to Trump, you want to scream, you have idiots like our Democrats in Hollywood, crying and acting like a bunch of drama queens (they are actors after all), you have billionaires in California putting out millions in ads to impeach Trump, like adds, would affect this one way or the other. And has anyone thought of the precedence this would start? It seems we hear moronic adults like Keith Olbermann, another Democrat, the silly child thinks that resisting means bitching about everything, pointing out every conspiracy site like it is based on truth, in the meantime, this is what we see:

And back to the subject of impeachment, after trying to impeach Trump due to they didn’t like him, what happens when the GOP has control of both houses, decides they don’t like who the Democrats have in office? They can now impeach them, remember now the bar for impeachment is no longer based on the preponderance of law, it is based on what the people that control the Senate and the Congress want,  this will be driven not only by party lines but by pressure from their constituents, so if they don’t like the next Democrat president that comes in, that will be enough to impeach. I have to ask, can you imagine the reaction of the left if they had done this to Obama? We all know the answer to this, you think the riots were bad during Obama’s term, that would be nothing compared to what you would experience in this case. 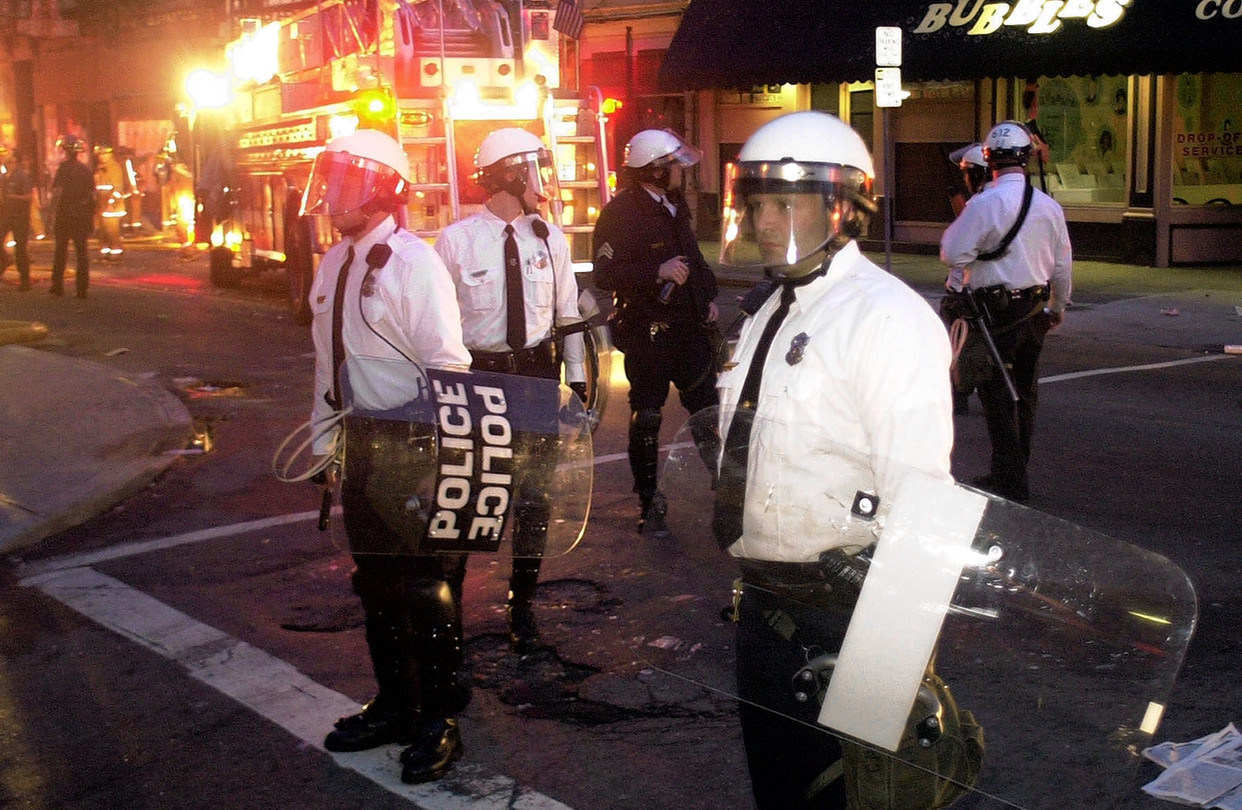 We saw the same type of thing when Obama was in office, the refusal of the Democrats to look for ramifications of their actions in the future. Now you have the Democrats yelling that they are left out of the process of governing, the GOP is not even pretended to bring them into the loop, not that they would go anyways, but do they remember when President Obama took office the Democrats owned a super-majority in both houses, what Obama said? “I won, now sit back, let us take care of this!”, when the shoe is on the other foot, we hear just the opposite, we all remember the DNC pushing through Obamacare.

What is worse? The press of course. You used to have opinion writers like me, I don’t pretend with these pieces to give you factual news, they are opinions, that is why when you look at the top, the story is listed as an “OPINION”, yet you have the news today presenting itself as news when it is anything but that.

I’m sure we all remember Trump’s woman he dated, how the New York Times ran a story, “Crossing the Line: How Donald Trump Behaved With Women in Private”, yet when some of the women interviewed said they said nothing of what the paper claimed, their words were taken out of context, said the reporters that were supposed to be reputable put their own words in the article, misquoted and misrepresented what was stated, and this came from more than one, yet when confronted, they said they stuck by their story, what is more, the reporters actually went around and refused to retract the comments they made up and added to the story.

It used to be a reporter would have been fired for such reporting, but no, instead the New York Times, a one time trusted news source stood by them. Then take the election night, you have reporters that claim to be just that, but look at their responses to the victory of Trump:

Please excuse the language on this video; I posted this for accuracy, it is more important to show what happened, not bleep out everything said.

What happened to the days of actual reporting? Today people like Rachael Maddow, she never presented herself as a reporter, comes out and says she is an opinion reporter (the same as Shawn Hannity with FOX), but the anchors from CNN, CBS, and ABC who represented themselves as unbiased reporters, they were crying over the outcome of the election, claiming democracy lost and bigotry is why Trump won.

Rumors today are passed forth as truth, the press and the left are whipping up daily crises, like chicken little screaming the sky is falling as we get closer to this fall’s election it is growing in frequency. If you reject what they say, then you are labeled as a racist or worse, they look down on you like you aren’t educated on matters that are important, like gender studies, masculine toxicity, white privilege.

Then we have Democrats attacking Christians who at worst may pray for you, in the next breath defend Islam saying the radical ones killing and beheading, claiming they are not real Muslims (suggest you read the Koran, follow the life of Mohammad, they are doing not one thing he didn’t do). And if you point out what I just stated, they never respond with facts, it is about their feelings. I hate to break it to you; NO ONE CARES ABOUT YOUR FEELINGS. 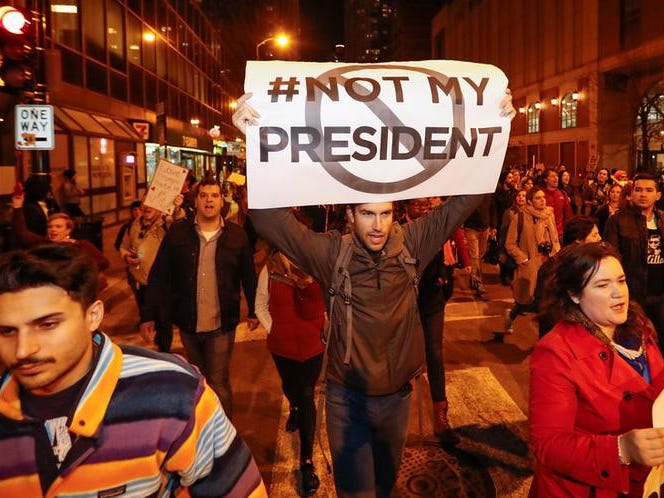 Maybe it is time for the DNC to change their seal, here are two suggestions: 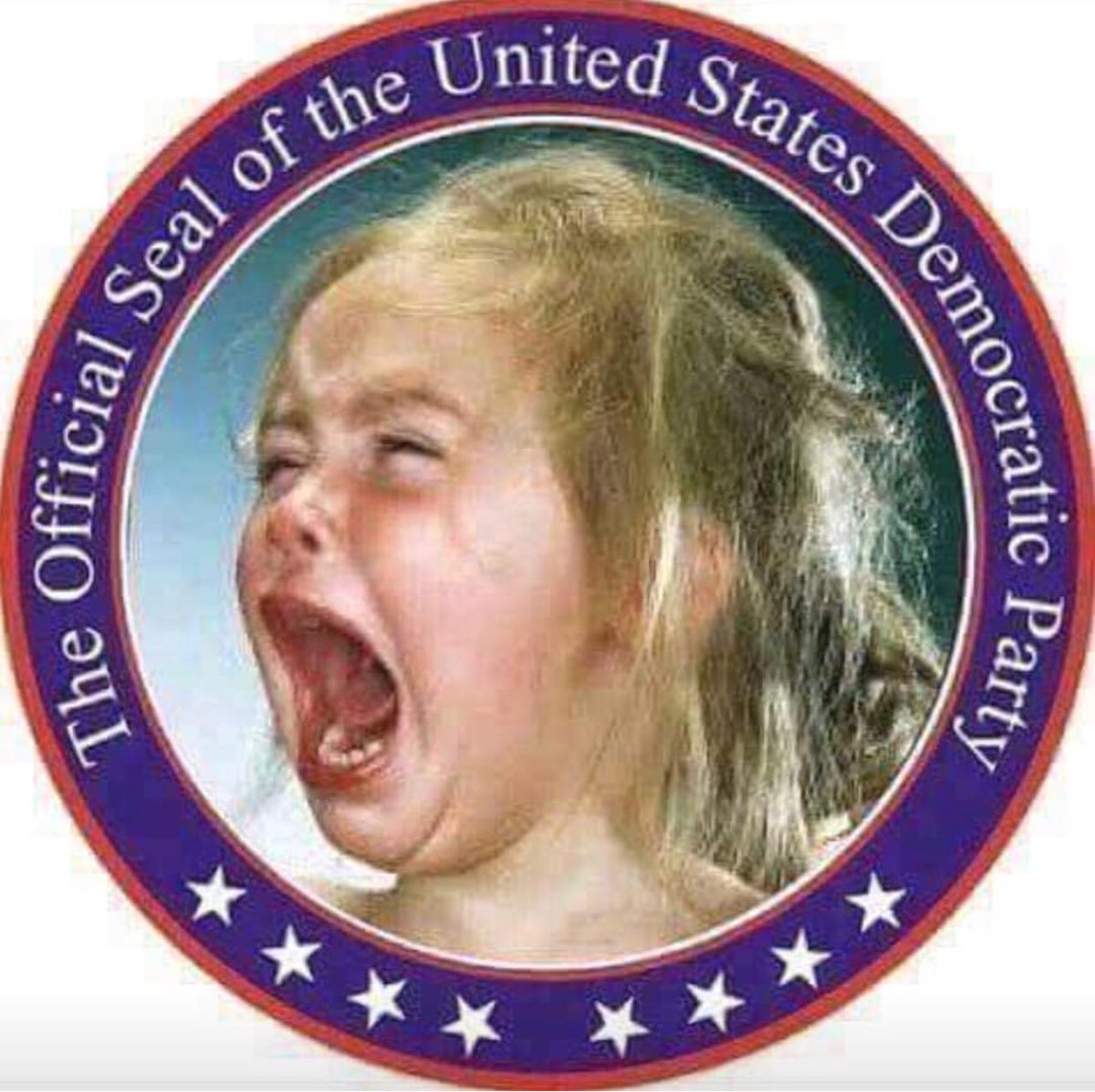 We would love to welcome you to our new social network site where different political opinions, other than our own, are not censored or silenced, where free speech his honored. We believe that all views should be debated, let the people decide for themselves, we are not the gatekeepers, we are the caretakers, nothing more.

Sexual Assault Cases, Is This Really About Empowering Women?

Israel And The Accusations Of Attempted Genocide