Democrats, Where Was Your Outrage Before?

We have heard the outrage grow from nothing to a roar that seems to overwhelm all, the families coming to America illegally are separated until their hearings are done are the most offensive thing the liberals have ever heard of. But one has to ask, “Democrats, where was your outrage before?”

This policy has existed long before President Trump took office, we saw the picture of the children in cages, the howls  of indignation from the left over this, then the quiet when they found out these photos were taken during the Obama administration, they sat back, licked their wounds, then came back even more outraged. But I ask again, “Democrats, where was your outrage before?”

We have heard Democrats crying over this, yelling in outrage that such a thing could happen, but where was their outrage when this was happening two years ago? You had Senator Hirono says this on Television:

"They need to step up and act like decent Americans who understand the history of our country and the role that immigrants have played." pic.twitter.com/FshfeshLi4

But I must ask you, Senator Hirono, along with all your colleges, “Democrats, where was your outrage before?” I never heard a peep from you when President Obama administration was doing this two years ago, why is that? Senator Hirono, I must also ask, if you have such an issue, why don’t you resign? Seems you have no clue about the rule of law. Seems you are quick to call others hypocrites, but how many families separated in America when the parent goes to jail have you tried to help?

I love the press playing Hillary and others saying this:

But I must ask you, Hillary, where is your outrage of “Unchristian” like acts as you and others on the left support slaughtering babies with partial birth abortions? Is it that Americans now mean nothing to you, you need another voter base for the future? I ask again, “Democrats, where was your outrage before?”

I also must ask, why is it that not long ago you said just the opposite, where was your outrage then Hillary?

Further, we hear that there is no law that says you must separate the parents from the children, but there is a law that states we should detain parents until they have a hearing, this was just waved by Obama, so I ask, “Democrats, are you implying that we should put the kids in detention with the parents?” 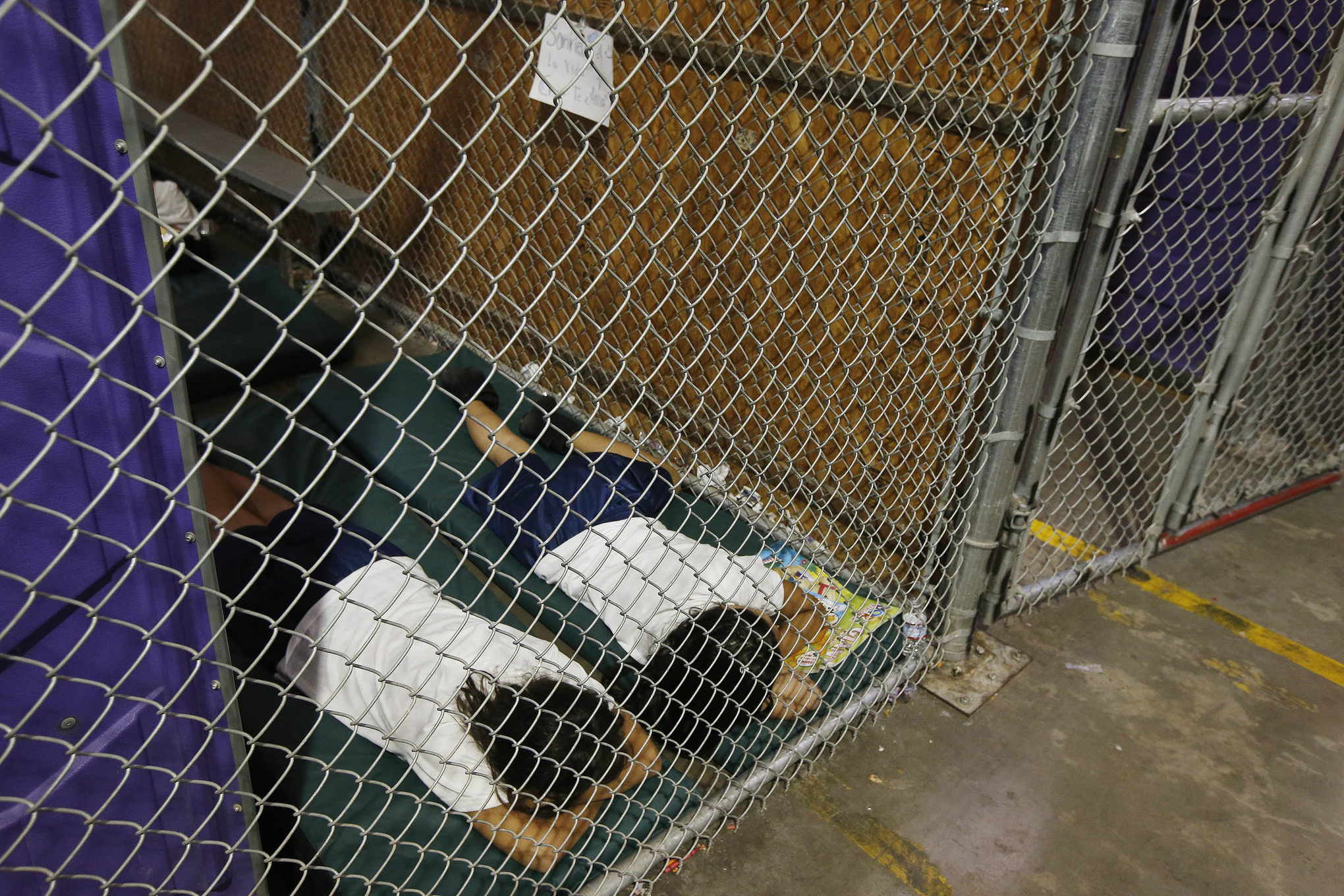 Children in cages during the Obama administration.

As I explained in the Immigration Trap, the outrage is not real, these people could care less about the kids, this is just a trap to set up Trump, they have no message so they have to draw out the anger of people, it is the only way they have a hope of winning, things are going too well right now.

In 1996, the Illegal Immigration Reform and Immigrant Responsibility Act was passed in Congress with BiPartisan support.

It was quickly signed into law by then-President Bill Clinton. And tauted to the Media as a great thing for this country by his Chief of Staff Leon Panetta.

In a memo written in November 1996, a few months after IIRIRA was passed, a senior adviser to the president named Rahm Emanuel wrote a memo recommending a series of aggressive steps President Clinton could take in the wake of the law — including “claim and achieve record deportations of criminal aliens.”

“After the Crime Bill passed in 1994, we built a strong record on crime,” Emanuel wrote. “The illegal immigration legislation provides that same opportunity; now that the legislation is passed, we can build up a strong Administration record on immigration.”

This is the law that when into effect in 1997 and has stayed there. This is the one that Trump really would like to change. But Democrats will not even negotiate on it. So he has to enforce it. Because we all know, if Trump didn’t enforce it, the Dems would push to impeach him for not enforcing the laws as required.

There is no right answer to this, if Trump separates the kids to save them from incarceration, the Democrats yell in outrage, if he joins them with the parents they yell in outrage that he is imprisoning kids, if he lets them go free, then they yell that he is not backing up his immigration policies. So President Trump, all I can say, turn a deaf ear to these fools, let them yell unless they are willing to deal with immigration reform and give us a secure border; until then don’t give in.

NFL Punts Flag Issue, Gang of Eight To Be Briefed On Russian Collusion

The Liberal Idea Of A Perfect World

Democrats Show How Little They Care About The Truth With Cohen