Evil Dems Exploit Coronavirus to Achieve Their Own Ends 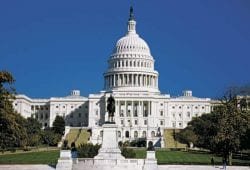 The country is facing a crisis of epic proportions with this coronavirus. President Trump is working harder than ever before to protect the country and its’ citizens but Nancy Pelosi and Chuck Schumer, two of the vilest, evil people on the planet, continue their quest to oppose all things Trump.

People are dying, people are losing their jobs left and right, people need the money and Trump is giving it to them. Finance Secretary Mnuchin said the checks will go out in two week.

Since Trump took office, he has done everything he promised and more with a constant fight from the democrats and their senile leader Nancy Pelosi who just turned 80 years old. Pelosi only wants the power, not the job because as everyone can tell she has only tried to run Trump out instead of doing what we pay her to do, work for the people not your personal agendas.

That kind of selfless leadership is something that Nancy Pelosi will never understand. Pelosi cares only about what is right for her and what will gain her more power.

While the current pandemic crisis is serious, shameless Democrats are using it to advance their political agenda. Former President Barack Obama took to twitter to use the virus attack Donald Trump and promote his climate agenda is the last thing America needs. His quote tweeted an article in the LA Times about President Donald Trump rolling back efforts to fight climate change.

“We’ve seen all too terribly the consequences of those who denied warnings of a pandemic. We can’t afford any more consequences of climate denial. All of us, especially young people, have to demand better of our government at every level and vote this fall,” he tweeted.

This was an obvious political dig at the president at a time when Americans are dealing with a frightening virus, a collapsing economy, and many of its largest cities effectively shut down.

Even if we take a generous and unlikely view of the tweet and suggest that it is also criticizing Democrats like Joe Biden who intimated that Trump’s closing of travel from China in late January was an act of xenophobia, or like Mayor Bill de Blasio who was telling people to go to the movies as late as March 2, it’s still a bush league thing to use this crisis to push his political hobbyhorses.

Meanwhile, CNN’s decision to cover President Trump in a decidedly negative light has not paid off for the cable news network, as dismal 2020 first-quarter ratings show. The development is particularly troubling for the network given Fox News, its chief rival, reported its best ratings quarter ever.

Fox News has eight of the ten most-watched shows on cable television and 14 in the top 20. MSNBC, which proudly flaunts its bias, claimed the remaining spots.CNN’s best-performing program, “The Lead With Jake Tapper,” came in at number 22.

At least 7,100 Americans have already died in the outbreak. Nationwide, more than 278,000 cases have been confirmed, more than any other country.

While very serious indeed, compare that to the Swine flu epidemic in 2009 under Obama where 60 million were affected, 274,304 were hospitalized and 12,469 died. The fact that it wasn’t reported that much then, and we didn’t go to the lengths that we are now, shows this to be just another flu and lends credence to the theory that this is the media siding with the Dems to propagandize this to get Trump. Either that or we are just being more careful so it doesn’t come to those numbers, We will just have to wait until this is over to see the final numbers, So far new York, New Jersey, and California are the hardest areas hit.

Asked when the worst day of the outbreak will be, Dr. Deborah Birx, the White House coronavirus response coordinator, talked about the three hotspots being watched most closely: Detroit, Louisiana and New York. She said each are on the upside of their curve of mortality, and that officials anticipate them hitting their peaks in the next six to seven days.

“The next two weeks are extraordinarily important,” said Birx. “This is the moment to not be going to the grocery store, not going to the pharmacy, but doing everything you can to keep your family and your friends safe and that means everybody doing the six-feet distancing, washing their hands.”

Trump has said the next week will be the toughest week to watch..

New Jersey Governor Phil Murphy announced On Saturday that the state has now lost nearly 100 more lives to the coronavirus pandemic than it did to the September 11 attacks.

In a briefing on the state’s response to the crisis, the governor announced that 846 residents have died from the coronavirus, up 200 from Friday. Murphy also said there were 4,331 new cases in the state, bringing the total above 34,000.

“This pandemic is writing one of the greatest tragedies in our state’s history,” Murphy said.

Democrats and their allies in the fake news media are always on the lookout for a new scheme to destroy Fox News. They have seized on this false narrative that Fox downplayed the coronavirus because they wanted to protect President Trump.

Fox Business shelved Trish  Regan’s show and put her on hiatus after liberal activists and Fox critics in the fake news media seized on a monologue Regan delivered where she compared Democrats and so-called “reporters” criticizing Donald Trump’s response and blaming him for the virus to impeachment.

“We reached a tipping point,” Regan declared. “The chorus of hate being leveled at the president is nearing a crescendo as the Democrats blame him and only him for a virus that originated halfway around the world. This is yet another attempt to impeach the president, and sadly it seems they care very little for the destruction they are leaving in their wake — losses in the stock market, all this, unfortunately, part of the political casualties for them. You know, this is the time to be united, not to be pointing fingers, not to be encouraging hate. And yet, what do we see?  We see the absolute opposite from the left tonight … The hate is boiling over. Many in the liberal media using coronavirus in an attempt to demonize and destroy the  President.”

“This is impeachment all over again,” Regan continued. “And like with the Mueller investigation, like with Ukraine-gate, they don’t care who they hurt — whether it be their need to create mass hysteria to encourage a market sell-off unlike anything we’ve seen recently, or whether it be to create mass hysteria to stop our economy dead in its tracks. Don’t kid yourself. They told us how much they crave a recession as a way to get rid of Donald Trump,” Regan concluded.

She’s right. Nothing in politics ever happens by accident; if it happens, you can bet it was planned!”

To you millennials who want socialism and communism so bad, with all the free stuff these dems are offering and you think they’ll deliver it for you well think again. What you are experiencing now is akin to what it will be like. You’re limited on where you can go, food is rationed and hard to get, you have curfews to follow and the government control your life. Your healthcare will be free but controlled and you may have to wait up to a year for a simple MRI like in other socialist countries. Once you become 65 years old you’ll be denied certain procedures in favor of a younger person. As Ray Stevens said in his song about Obamacare :

“They’ll be a big heartbreaker

And the doctor says I realize she’s ill,

But there’s been some legislation

On all our medications

And all I can do is put her on a pain pill.”

So if that’s the kind of life you want to live in then keep voting for people like Pelosi, Schumer, Sanders, Hillary and the rest of the democrat now Socialist party.

Evil Dems Exploit Coronavirus to Achieve Their Own Ends is original content from Conservative Daily News – Where Americans go for news, current events and commentary they can trust – Conservative News Website for U.S. News, Political Cartoons and more.

AOC – Go A To Chinese Restaurant Or Be Labeled A Racist