Grieving Young Woman Berates Anti-Cop Rioters Who Killed Her Sister: ‘Cops Didn’t Kill Her, YOU DID!’ 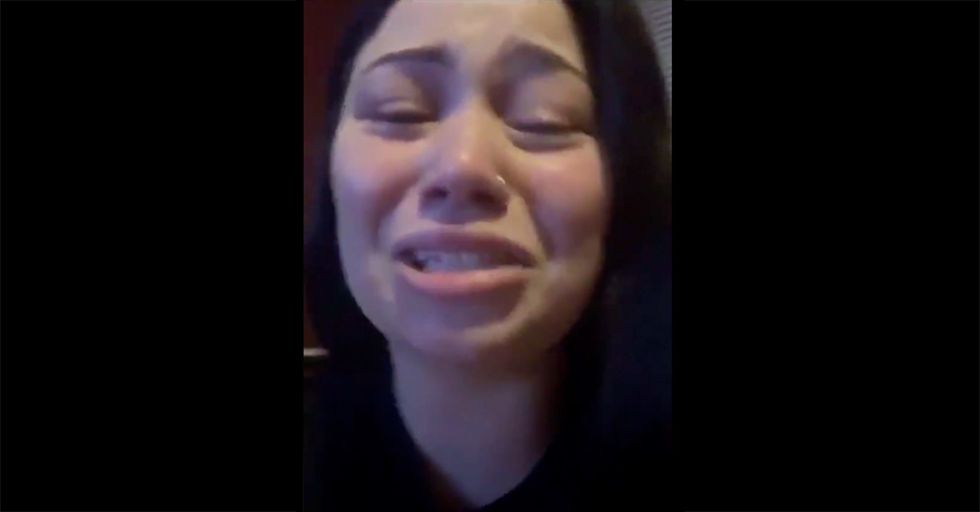 This is tragic, but needs to be seen.

According to the story:

DAVENPORT, Iowa — Relatives of a 22-year-old woman say she was shot and killed while leaving a protest against police brutality outside a Walmart store in Davenport.
Italia Marie Kelly was one of two people fatally shot overnight as civil unrest roiled the city.
Kelly’s aunt says she joined a protest late Sunday over the killing of George Floyd in Minneapolis.

If the point of these “peaceful protests” is to condemn the perception that innocent people are being killed, then doesn’t it stand to reason that killing innocent people is wrong?

I know, I know, it’s not the time or the place for standing to reason. After all, we have buildings to burn, businesses to loot, people to beat, cars to smash. Who am I to say that maybe rioting and being violent assholes as a way to condemn violence maybe isn’t the right answer?

What I really should be doing is uploading a black box to my Instagram account. What I really should be doing is telling everyone on social media how much our country needs to heal and that my heart is breaking over [grievance of June 2, 2020], and that I normally don’t say anything but I need to take the same stand everyone else on social media is taking, please give me a like and a thumbs up.

Meanwhile, real people are losing their lives. What happened to George Floyd is terrible. Aside from a few anonymous Tweeters, I haven’t heard much disagreement there. Conflicting autopsies conflict, sure. Still, no one deserves a knee to their neck well after they’ve already been arrested and detained.

But killing innocent people, especially one of your own people, because “rage, madness, not fair, justice for some guy” you probably can’t name is a sign that yeah, we do need some healing. But it starts with the same people raging about healing.

Need a quick laugh? Check out and subscribe to our CrowderBits YouTube channel for Louder with Crowder skits, opens, and parody videos!

US Mideast Allies to Biden: No Return to 2015 Iran Nuclear Deal; No Right to Enrich

Liar? Joe Biden Has a Long History of Making Up Stories About Being Arrested