Is Israel An Apartheid State?

I am sure most of you have at one time or another heard the accusation, “Israel is an Apartheid State!” This is usually followed up with excuses for why you should stand up against it and why movements like BDS are such a great idea. The enthusiasm of these people is great, but I must say, their understanding of what Apartheid is, is not so great.

If you will make such an accusation, and we have all heard such things done in the past, making it out of ignorance is no excuse. Before you label, you should have an idea of what facts are. And I must say, if Israel is an Apartheid State, then we and the rest of the world would be 100% correct to stand up against it and force such an evil practice to be halted.

Before we start to dig too much, I think the most important thing here to do is to look at the actual meaning of what Apartheid is; Webster defines it as:

Racial segregation; specifically: a former policy of segregation and political and economic discrimination against non-European groups in the Republic of South Africa.

We see that the definition points out South Africa. There is a good reason; this is the only nation that has ever instituted the practice as their national policy, so next, let’s look at what they implemented to bring apartheid about.

Apartheid (South African English pronunciation:/əˈpɑːrteɪd/; Afrikaans: [aˈpartɦəit], lit. “separateness”) was a system of institutionalized racial segregation and discrimination that existed in South Africa between 1948 and 1991. It was based on white supremacy and the repression of the population’s black majority (Coloured, African, and Indian) to benefit the politically dominant group, Afrikaners and other whites. (This is a more clearly defined definition by Greg Myre in his article “South Africa ends racial classifications” published June 18, 1991)

But let’s dig a little deeper; what exactly was apartheid put into a national policy, what were the laws that made this a reality? In South Africa, this came down to laws put in place to enforce this policy. The first was the Prohibition of Mixed Marriages Act of 1949, which was very much like the same laws that were in place in the Southern States in the US at this time. The law was an apartheid law in South Africa that prohibited marriages between “Europeans” and “non-Europeans,” the same way anti-miscegenation laws were in place in the US until the Supreme court made them illegal with Loving v. Virginia. While the US did see this error, slowly through the courts started to challenge such laws, South Africa continued to refine their laws to further discriminate against their Black Population.

The next law that came on the books was the 1957 Immorality Act ((Act No. 23 of 1957; subsequently renamed the Sexual Offences Act, 1957); this repealed all former intermarriage laws, made any sexual contact between blacks and whites illegal). Rather than ramp down like the US and much of the Western world, we see. South Africans chose to ramp up racial segregation laws.

Next, there was the Population Registration Act, 1950, this forced all people to be registered with authorities where they were classified into one of four groups, these were “black,” “white,” “coloured, “and “Indian,” the last two of which included several sub-classifications [1].

Racial classifications determined the next places of residence; if you were not of the right classification, you were forcefully evicted from your home and put into camps. This occurred between 1960 to 1983, while 3.5 million nonwhite South Africans were removed from their homes and forced into segregated neighborhoods. [2]

This was then followed by stripping all people not white, that were moved into what was then camps of their citizenship [3], with this they lost all their rights as a citizen, their right to vote, to be represented, to own any property, to work in any government job. In addition to this, the ones stripped of legal citizen status were also stripped of any right to equal protection under the law. South Africa took care of this by instituting one law for the Whites, then another for the rest of the races. However, some laws dealt with Indians and mixes that gave varying degrees of protection, more than the black population had.

IS APARTHEID PRACTICED IN ISRAEL?

The first thing to look at is if the society is separated under the law so that different races have different laws that apply to them. According to liberal activist groups like the Seattle Mideast Awareness Campaign, they do, but is this correct? If you look at Israel, they have 20% of their Arabs; these Arabs are governed under a unified code of laws. There is no difference between what they are subjected under the law and what any Israeli Jew is, so, in Israel proper, that would not hold.

But what about the West Bank (we will not concern ourselves about Gaza. They are not under any Israeli control. There are no courts or Israeli legal authorities within Gaza, so their policies have nothing to do with Israel). In the West Bank settlements filled with Israeli citizens, these are governed by Israeli civil law. The area outside of Israel, where Arabs are not Israeli citizens, is governed under Israeli military law or Palestinian Authority laws stipulated in the Oslo 2 accords.

To say that Palestinians are not ruled by Palestinian law is incorrect. When they are caught in the act of terror or are caught up in a checkpoint or by Israeli authorities, they are sometimes passed to the Palestinian Authority courts; if they are involved in terror, they are processed through Israeli Military Courts. The reason for this is simple: the Palestinian Authority openly has not only supported terrorism against Israeli in official statements, but they also pay out blood money to terrorists while they are in prison; no justice would likely be dealt with them if they passed through Palestinian courts.

As is reported by the Palestinian Authority, their courts consist of:

• 3 Courts of appeal, in Jerusalem, Ramallah, and Gaza;

• The judicial system also includes the Higher Courts, which consist of the High Court of Justice and the Courts of Appeals and Cassation;

• Besides, there are two courts of appeal for income tax, one in the WB and another in the GS.

As we can see, the fiction that there are no courts but military courts for the Arab population is not true for the general population. The military courts are reserved for violence, sedition, or terror, and the Palestinian Authority courts handle the rest. This does away with the fiction that there is legal apartheid. Like the US has military courts that deal with territories not part of the US where such acts are committed, so does Israel. It makes it no more a practitioner of apartheid than the US concerns the law.

So what about intermarriage? Is that illegal? Yes and no: Israel will not perform marriages due to the rabbis being involved in such things, but if you get married elsewhere, they recognize mixed marriages. There is also the case that each religion is allowed to control it’s licensing and giving in marriage; thus, the Jews, Christians, the Druze, and the Muslims control their marriages.

The fact that the faiths control the marriage does not show Israeli signs of apartheid. Is it legal if you come to the nation already married in a mixed marriage, but if you wish to do so, not so much due to race, this is more a religious mixing, you will have to go elsewhere to have such a thing done. This also would not meet the definition of apartheid.

Next, you have land ownership; there is no issue with this; as long as you can show deeds, race, or religion has anything to do with this, your ownership is protected by Israeli law. There have been cases where the government has seized property for government use, but this is not under private ownership as a rule. To understand this further, I would suggest you look at the series I wrote, “Did Israel Steal the Ancestral Homes of the Palestinians Part 3,” this shows how the land ownership was broken down under the Ottomans and later the British, and why much of the claim of stolen land is not correct.

The fact is there is no prohibition to purchasing land if you are an Arab. Still, due to terrorist activities, it is understandable why the Israelis don’t allow hostile people to move in the middle of a Settlement or an all Israeli Jewish housing project. To have such a practice in place shows no more practice of apartheid than such an act in gated communities shows it in the US or Europe.

Further, in Israel, the right to vote is given to all citizens; race does not matter. In the Israeli Knesset, 20% of their members are Arabs voted in by their peers. The third-largest political party in Israel is the Joint List, an Arab unity party. An Arab could be a Prime Minister if he could put a coalition together; the fact that they have not yet had one shows nothing. The US took over 300 years to get their first Black President; one could hardly accuse the US of apartheid. The claim of discrimination here in any way is false. 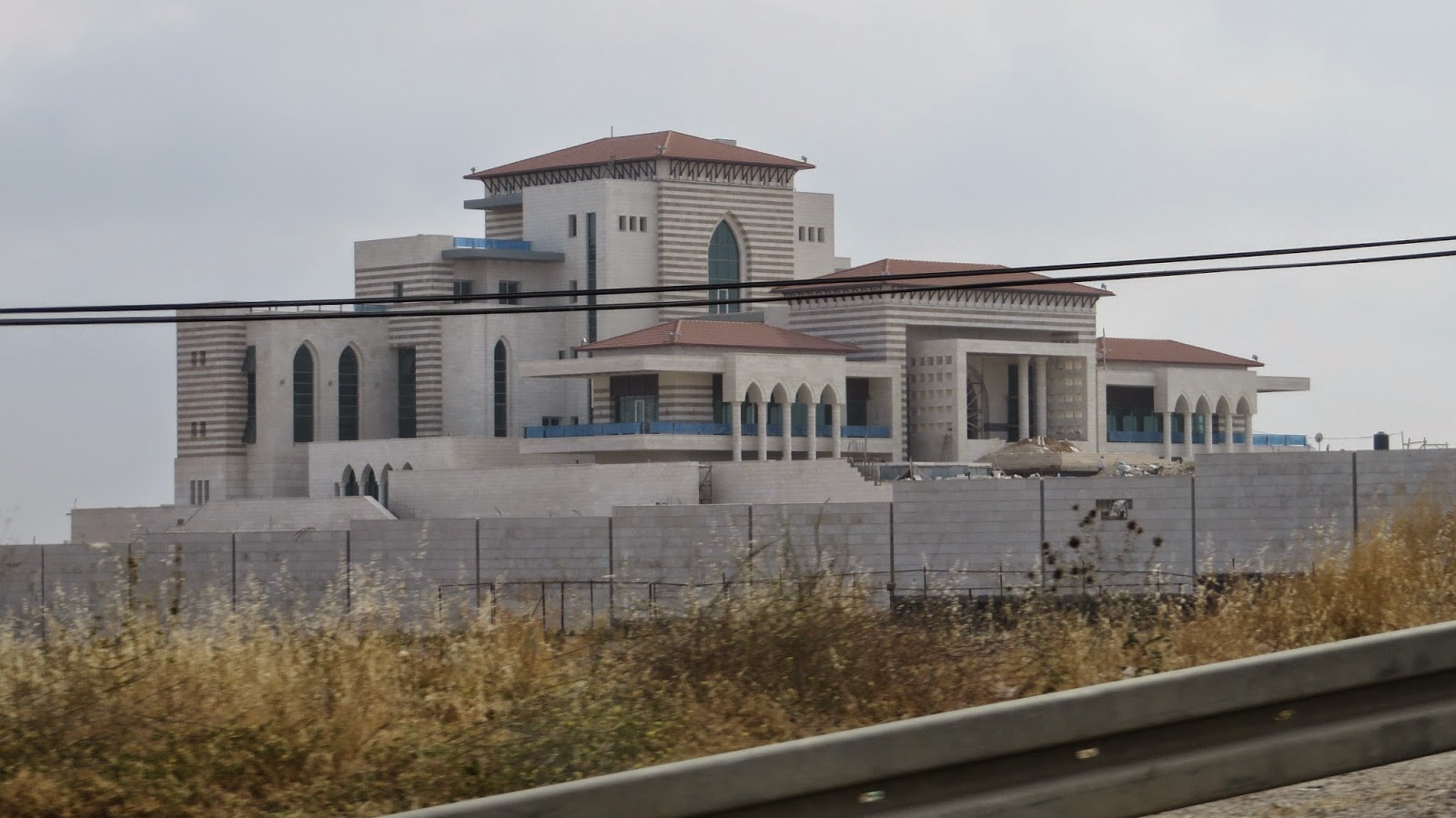 As to the West Bank and Gaza, they control their elections. The leaders, once elected, have stopped all elections. It was not Israel. To blame them is outright false; there is no apartheid in this either; well, unless you count that the Arabs will not allow any Jew to live in their controlled zones or vote. 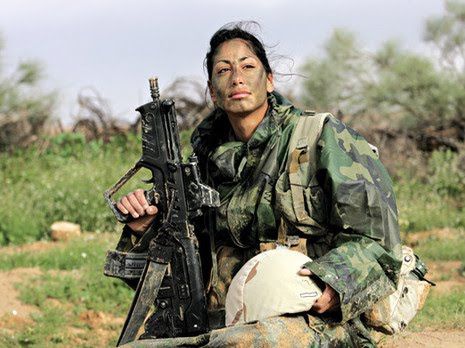 ‘We Can & Will Silence The Opposition’: Loudoun County Public Schools Committee Posts, Then Deletes, Call For Action Against Opponents