LA And The Left’s Assault On The NRA

We have seen over the last ten years the demonization of the NRA; further, even though none of their members have ever been involved with one mass shooting, the left is quick to lay every shooting at their door.

In the mass shootings when Obama and now Trump have happened, we have never seen them blame the victim, without fail it is always the NRA that gets the blame, even though they have consistently called for legal ownership, but no restrictions on our second amendment rights.

In the Florida shootings, rather than beef up security for the schools, harden the entrances they blame the NRA. The truth is the left does not care about our children, to them they are nothing but tools, pawns to be used in their quest to strip us of our second amendment rights.

What is worse, they stand them up as spokespersons, like any of us would give a platform to a 16-year-old emotional teen and expect that they are able, or even know to dictate to us how to deal with things. I think the most excellent example of this is their latest shining light, David Hogg, the child with an attitude that thinks why yelling about see-through backpack can lecture us on the merits of the constitution.

In the latest move, we see LA forcing all businesses that do business with them being forced to disclose if they are part of the NRA. And LA is not the only place that has tried this move, New York feeling embolden has sent threats to their banks and financial institutions over funding in anyway gun purchases or loaning money to people who are members of the NRA.

LA is saying they are not infringing on any right to own or purchase guns, they just demand that all businesses register if they are donating or members of the NRA, but we saw in WW2 when the Germans forced the registration of all Jews where this can lead to, once they have your name in a seemingly harmless manner, they then can move in a much more sinister fashion, and do so quickly without giving time to respond. New York is taking this to even a greater extent.

A timeline prepared by the NRA suggests the intimidation campaign began last fall. The anti-gun group Everytown for Gun Safety met with New York officials in September 2017; a month later the Department of Financial Services began an investigation that started with a company called Lockton, which administered the NRA-branded personal liability insurance program known as Carry Guard. Despite a 20-year relationship, Lockton responded by abruptly ditching the NRA as a customer in February; so did Chubb and Lloyd’s.

Encouraged by this initial success, Maria Vullo, head of the state’s Department of Financial Services, sent a pair of threatening letters to all banks, financial institutions, and insurers licensed to do business in New York. Vullo warned companies to sever ties with pro-Second Amendment groups that “promote guns and lead to senseless violence” and instead heed “the voices of the passionate, courageous, and articulate young people” calling for more restrictions on firearms. All companies receiving the letter, she advised, should “review any relationships they have with the NRA or similar gun promotion organizations, and to take prompt actions to manage these risks and promote public health and safety.”

New York Gov. Andrew Cuomo underlined the regulatory threat in a tweet the next day: “The NRA is an extremist organization. I urge companies in New York State to revisit any ties they have to the NRA and consider their reputations, and responsibility to the public.”

The NRA is an extremist organization.

I urge companies in New York State to revisit any ties they have to the NRA and consider their reputations, and responsibility to the public. https://t.co/RwD9wdNxiY

We see more and bolder steps from liberal controlled states, not to just curb gun sales, but attacking anyone financing or insuring gun sales or businesses involved with it.

Places like LA, most likely soon to be all of California, if not challenged, think it is their right, no more duty, to ignore the constitution for the greater good of the people. What is sad, most tyrannical governments start in the same way, they start making seemingly good moves for the betterment of their people, once they have stripped their ability to defend themselves, they then can do as they please, this needs to be resisted at all cost. 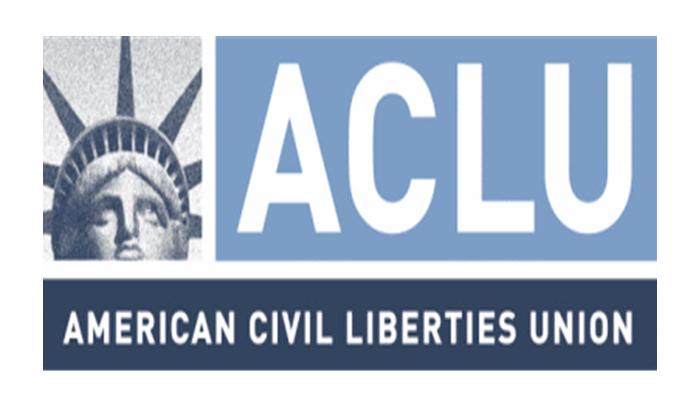 Surprisingly the ACLU represented the NRA, then when done said they would not serve another like case.

In response to the challenge by the New York Governor and state, the ACLU stated:

“If Cuomo can do this to the NRA, then conservative governors could have their financial regulators threaten banks and financial institutions that do business with any other group whose political views the governor opposes,” David Cole, the ACLU’s legal director, wrote in a blog post today. “The First Amendment bars state officials from using their regulatory power to penalize groups merely because they promote disapproved ideas.”

Today’s brief filed by the ACLU points to examples of how liberal groups like Planned Parenthood can also be targeted by governments based on their political views, an approach that courts have shot down on First Amendment grounds:

For example, in Planned Parenthood Association of Utah v. Herbert, the Tenth Circuit held that the Planned Parenthood Association of Utah (PPAU) was likely to succeed on its First and Fourteenth Amendment claims by showing that the Government of Utah denied the PPAU government funding in order to “weaken the organization and hamper its ability to provide and advocate for abortion services.” To be sure, unbiased application of facially neutral laws does not violate the First Amendment simply because those laws may affect expressive associations. But the NRA has alleged that Defendants are explicitly targeting the NRA based on its hostility to the NRA’s viewpoint and its difference whether Defendants are attempting to suppress a “particularized” instance of speech or “gun promotion” writ large.

For its part, New York State insists that Cuomo’s and Vullo’s warnings that regulated businesses should ditch the NRA and other pro-Second Amendment groups are perfectly legal.

The letters to regulated companies “do not constitute unconstitutional threats as a matter of law,” New York Attorney General Barbara Underwood said in a brief filed on August 3. The brief adds: “The Guidance Letters encouraged insurers and financial institutions to evaluate and manage risks that might arise from their dealings with gun promotion organizations in the face of the polarized political debate. Both the Guidance Letters and the Press Releases are classic government speech—they are expressing the government’s position in the public gun control debate, which is entirely permissible.”

Cuomo’s social media announcements aren’t likely to help his attorney general fend off the NRA’s allegations of unlawful bias. Earlier this month, Cuomo posted on Facebook: “The regulations NY put in place are working. We’re forcing the NRA into financial jeopardy. We won’t stop until we shut them down.”

Naturally getting involved with Cynthia Nixon, New York would go from stupid to outright retarded electing this dingbat into office, and this is being charitable in a mention of her, she is a mad as a hatter, like most of Hollywood.

We see the first assault, not just rhetoric from the left; as is usual we see California and New York leading the first wave. This needs not only to be challenged, but it also needs to be stopped, or our children will grow up to not know the same rights we do.

The Democrats, from Roosevelt to Today

When Race Is Used As A Deflection Against Criticism