Omarosa Is Determined To Burn Trump, The Spiteful Ex-Employee

Omarosa, who was the villain in the Apprentice is now trying to fill this role in real life. It seems the fact that she was let go by Trump’s chief of staff who saw her like poison in their midst was enough to make her turn traitor, not that this should surprise anyone. What she does not realize is like Stormy Daniels, who no one is any longer hearing from after they have wrung all the damage they can from her, they will toss her too into the trash heap along with others they have used.

As is with the case of the leftist news, they find if they aren’t able to contact someone, that is the same as open admission of guilt, so if Omarosa says something, and they can’t contact individuals to get their side, they run with the story, as we saw with the ABC account ran on Yahoo. In this account, Omarosa claims people were paid hush money, but when the statements were gone through, they show this money was paid out for people to work either with consulting for the 2020 election run or accounting consulting, but that matters not to ABC. 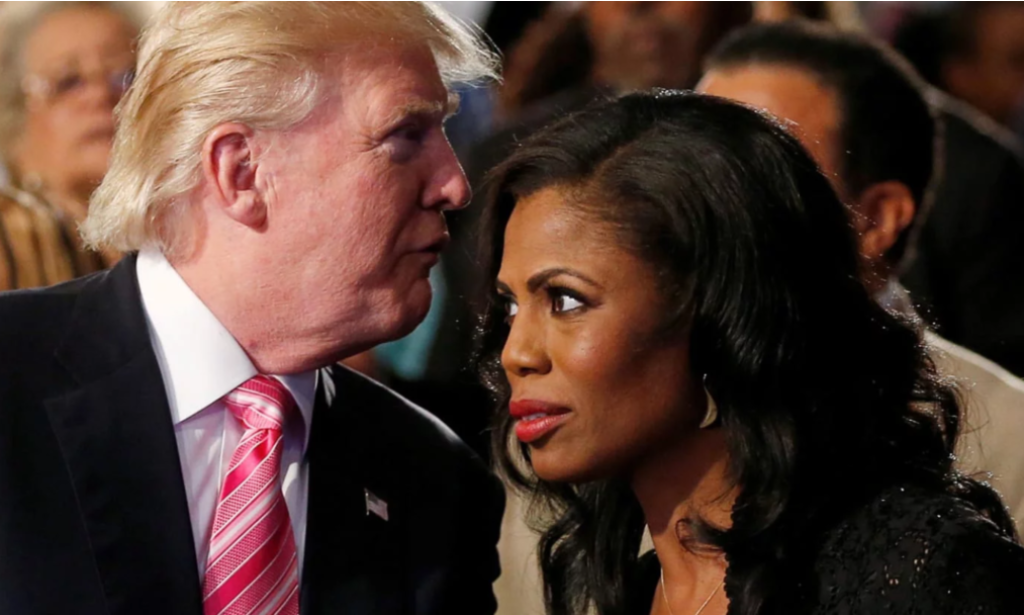 Neither the White House nor the Trump campaign has directly addressed the hush-money claim, but White House Press Secretary Sarah Sanders broadly called Manigault Newman, who is currently promoting her forthcoming book, a disgruntled ex-employee who was spreading “lies and false accusations.”

One of Sanders’ predecessors behind the podium, however, did address the accusations and was similarly forceful in his denial. Manigault Newman alleged that Trump’s former press secretary Sean Spicer signed a non-disclosure agreement similar to the one she was offered, which Manigault Newman says would have prohibited her from making any comments that could damage the president.

I know Omarosa is trying to cash in her 5 minutes of fame, but what she will find is when it is done, no one is going to want anything to do with her, for she has shown if nothing else, she is a spiteful unloyal person, why would anyone wish to work with or have such a person work for them. It is said, another idiot that thinks by showing how spiteful they are they are going to advance their cause, and they may for 5 minutes, then Omarosa like so many others will be nothing but a bad memory.

Meanwhile, this will be the news for the next news cycle, it will go the way of the other claims, collusion, obstruction, and a host of others, when the press sees they are getting no traction out of it, they will move on like they have since the day Trump won the bid for the White House.

The Making Of Fake News.

The Media: Friend Or Enemy of the Republic?

How A Mass Shooting Turned Into a Mass Lie

Caravan Of Illegals Headed To US

Alexandria Ocasio-Cortez, A Light Or A Blight?

Kavanaugh Nomination, Where Is Justice And Fairness?