Years ago I remembered the joy I felt with the embargo against South Africa finally had stopped the oppression we all saw against their black population. They had finally ended the practice of apartheid that was part of their national policy; it was a great thing for the nation, as well as for the world. We had dealt a blow against racism, as we should have.

After this, we gave aid the country get back on their feet, a nation that had one foot in the developing world due to their abundant natural resources they had both above and beneath the ground, and their ability to bring that up and market it. They also had part of the population that were exploited, the Black South Africans that lived in total poverty, we aided them in pulling themselves out of this poverty, gave hundreds of millions in aid, but what have they done since then. The assistance provided was due to a noble idea; now it is not such a thing, it is enabling oppression of a group of people due to their race, little has changed other then the people the racist policies are directed against. We are now aiding racist system, thus pushing racism, something we never should do.

At one time this nation was a beacon of light to the rest of the world, economic wise, but a terrible nation in the way of violation of human rights. The pressure of the world brought the black population out of the disgraceful condition they were living in, soon they were in leadership positions of the nation, but what have they done with this?

The African National Congress, the ones in power are much of the problem with South Africa, while they were the party of Nelson Mandella, so many felt the need to honor them by giving them power was a great thing, but starting with Mendella in power and growing worse by day the party has turned more and more corrupt, due to their outright inept handling of the economy they are quickly destroying the economy, the jewel of Africa  and now are turning towards their own form of apartheid against whites.

Part of the problem with dealing with other nations calling out South Africa for corruption and their human rights abuses is they will accuse anyone who dares to do this of being racist. Such a charge means nothing to me, it carries no weight, the same claims during the Obama years, it is has been so abused it has lost all the stigma attached to it, it no longer carried the blight it used to take with it, all it means now is they don’t agree with something you are saying. Racism was advanced more during Obama’s administration then it had been promoted in the last 70 years, we thought we had left that nasty chapter behind us, now we have a whole party which has built their platform once more on racism and policies to support it, just like they did in the civil war and through the 60’s.

But corruption is a small part of the problem with South Africa, after years of apartheid the nation is now starting to reverse this and apply it to the white population, many were never part of the system when they were actively prosecuting blacks, many who are now targetted were actively fighting against the awful system. Since Nelson Mandela and the communist African National Congress (ANC) took over South Africa, more than 70,000 whites have been murdered, and untold numbers have been robbed, raped and tortured.

Why isn’t any of this reported on? The same reason they say nothing about Zimbabwe, Zambia, and other nations, where it is now open season against whites. Zimbabwe’s President Robert Mugabe has announced that they will not prosecute any murder of white farmers, if the people want their land, they are free to kill the farmers and take it. One has to ask if this is their national policy, it is directed from the leader of their nation, why are we then given them millions in aid each year, if the roles were reversed would we give them any? I think we all know the answer to this. This all stems from their 2000 national policy giving the government the right to seize any farm held by whites; many that have had the property for generations. Not only is it OK to take the land while beating and killing the farmers, but there is no compensation for the land or material stolen in the process, nor any prosecution for the assaults.

Now we see the same thing going on in South Africa, they are now calling for a total seizure of all farmland from White Farmers, yet not a peep out of the UN, the State Department, no one seems to care, in fact the State Department is more than happy to increase the aid money to South Africa as they are doing this. One has to ask, why is it a horrible thing to do this to blacks, the world boycotted and put pressure on South Africa until that shameful policy was done away with, but reversed you near not a peep from anyone?

Now if this were just overseas, that would be a shame, but somewhat understandable, but this same type of thing is going on in the US and Europe as well. In Europe now due to constant attacks against whites by minorities that were allowed to migrate to their nations, Europeans are under assault by the newly accepted migrants. Instead of doing something about it the leadership in Europe has tried to take the moral high ground, all at the expense of their citizens.

The rise of rapes is alarming, yet European women are told to say nothing, they are put under immense pressure, many times by the so-called “Women’s Actictiviest” groups themselves. In addition to rape, hate crimes against European citizens are hushed up, many times the people in power even go as far as blaming the people for the attacks against them, this is all starting to backfire against the European leadership as anti-immigrant political groups are rapidly rising in political stature.

The leftist press is Europe naturally is outraged, they don’t seem to understand why there is a reaction to their communities being overrun by migrants that want little or nothing to do with the culture of the nation they are migrating to. Instead, you have migrants marching in the streets like this: 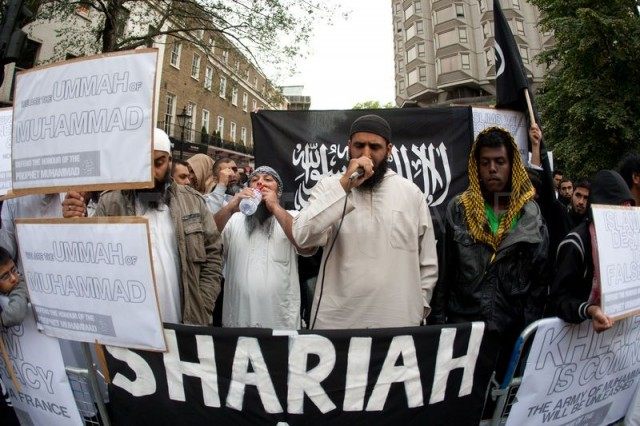 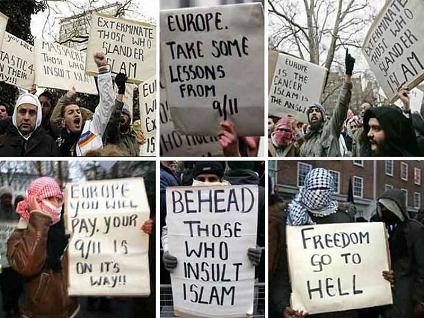 We have the head of the Senate Democrat leader, Senator Schumer said on the Senate floor the only reason he will not support a judicial nominee by Trump is he is white; one has to wonder, if during the Obama administration of the GOP leaders aid he would not support an Obama nominee because he was black, do you think that would have been acceptable?

No place is this racist attack as severe as in colleges, in one they held a cafe hostage as they banned any whites from going to the site, said it was a day of no whites, yet the administration rather than punishing these people for their racism gave in to them. Another case happened during the Obama Administration in 2016:  a record number of students were demanding that they not be roomed with “white students;” once more nothing was said, to the left, this is entirely acceptable; one can only imagine the outrage and action taken if a student coming in demanded no black roommates.

The left loves to scream Apartheid at everyone else, but the only ones acting in this manner are the left and the places they support. It is time we demand of the left for this to stop, racism directed in any way is offensive, repugnant and morally wrong, Seems instead of doing something about it, the left meanwhile would instead hide their heads in the sand.

Seth Ator, Democrat, Bernie Supporter – Why Is The Press Silent On This?