Are You Kidding Me? The Left Claiming They Have Religious Superiority.

I am not as a rule one to deal with faith, although I hold my faith most dear to myself close, I feel that this is a personal thing, not one that should be used to infringe on others. Yet, what I find now is the left is trying to not only argue from a stance they are morally superior to the right, but they are now trying to include that they are superior faith-wise, they are now trying to preach from a place of religious superiority to the rest of us.

One of the topics brought up during a round talk discussion with Chelsia Clinton was abortion, I am not one to put words in another’s mouth, but when you claim that it is the “Christian” thing to do to support abortion, to stop women from killing their unborn is somehow unchristian, I have to wonder, did she and the rest of the left forget that Jesus, who the Christians look to as the creator of their faith, said, “Suffer the little Children to come unto me” (Luke 18:16), did she think that he meant he wanted her to kill these babies so they could quickly go to him?

Further, to claim that faith somehow drives you, that you as a “Christian” are somehow doing the work of G-d, when you ignore the statement, “As you do unto the least of these, so you do unto me?”, I understand the Christian theology, that Jesus is to have had died for all the worlds sins, but I don’t think he wanted the children to follow down this path.

And this is not the only case, you have liberals praying and thanking G-d for quality birth control like He supports any type of murder, seems to me they must have forgotten the 6th commandment, “You shall not murder,” I find the hypocrisy unbelievable, are we going to have a prayer meeting for rapist or thieves next where they can thank G-d for the items they stole or the women they have raped?

I wished it stopped here, but you have the likes of Al Sharpton, Jesse Jackson, Louis Farrakhan who claim to be people of faith, yet they seem to forget this the second they are done saying it. You have Jackson that fathered children out of marriage, Sharpton is nothing but a hateful race-baiter who has time after time swindled money from the people, did not pay the IRS, then when questioned decided the best way to get out of it was to burn his records. And Farrakhan, I have written on him the past, where he says the most antisemitic things, attacks white as blond hair, blue-eyed devils, then acts like he is some type of man-of-god, he like the other two are just charlatans, nothing but fakes, in the end, they make faith look bad by their own actions.

What is more, the left now is questioning how anyone could be conservative and be Chrisitan, you have debates on this, such as in this case where the speaker says you can’t be a Christian and be a Republican, guess if you don’t support breaking everything Christianity stands for, then you must not be a good Christian:

What is so scary about this is that these people actually are now using this to try to set up that they are not only opposing conservative thought because they don’t agree with it, but they actually think that they are doing the work of G-d doing this.

And it is not only Christians that are doing this, you now see the same fight with people within the Jewish faith, even people who have no faith run around trying to attack anyone that has faith. Saw this the other day with Huffington Post, ran an article condemning Pat Robertson for daring to say he was going to pray for North Carolina, so they would be protected from the Hurricane. The feedback was terrible, I went to that site and asked, how is anyone hurt if someone prays? The replies I got was that he was trying to push his faith on them, but he never said anything of the kind. 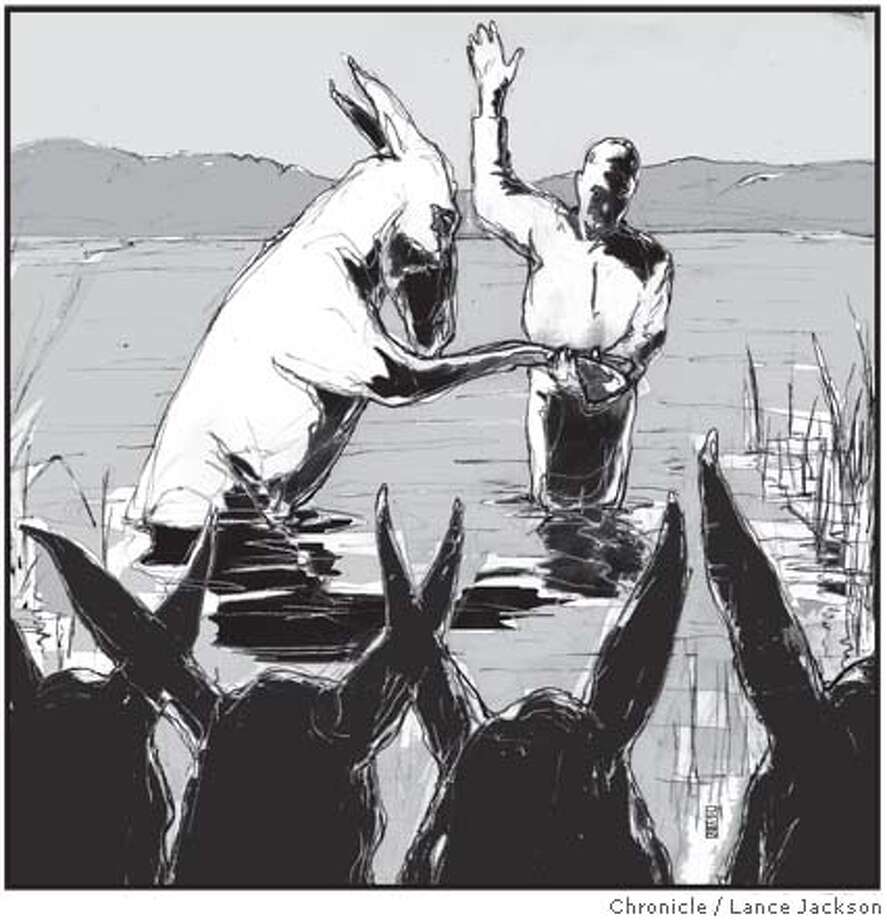 Seems Democrats want the right to preach at us, try to force their belief system on the rest of us, then demand that we never do the same back, they are the first to scream that we are using our faith to dictate our votes. This too I find amazing, what do they use to form their votes? Their belief system. So how is it fine when they do it, but somehow morally imposing on them when I do?

What is more amazing, these are the same people that go out of their way to attack Christians and Jews, are willing then to in the next breath to defend Muslims when they are beheading people, burning them alive, raping and selling others into slavery. Seems they, like their teacher, Obama, love to point at what happened 1,000 years ago when people thought diseases came from demons, bled others to cure them, and use chicken dung to cure lice, but find any Christian that supports this today, a hundred, two hundred or 500 years ago, you can’t, but you sure can find Muslims that openly support such things.

It is time to call the left out for this absurdity, the hypocrisy is amazing, you can’t claim to follow a faith while ignoring everything it teaches, then acts like you are the one that should be dictating how the rest of us should follow such a thing. That is why today’s Churches are dropping much of their Christian core beliefs, and why their membership is dying, people go to church to celebrate their faith and unity, not be scolded for it and told that you don’t have to follow anything its holy book teaches. If this is the case, why even bother?

If I Wanted To Destroy America

Pakistan – Takes Aid, Then Disprespects and Stabs In Back

Constitutional Convention, Is One Needed Again?