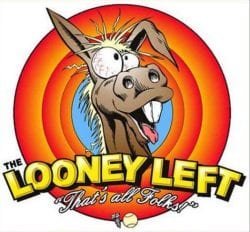 Ever since Trump won the election taking the win away from the liberal media and Dems with their precious Hillary the left has become so unhinged and beside themselves that they have tried everything to overthrow him with coup after coup right up to this latest Coronavirus panic but that seems to be backfiring too. This crap has backfired on the Democrats who demonized Trump for canceling flights from China and attempted to build the wall. Trump has always managed to overcome their attempts and stay one step ahead of them every time and does it professionally and with humor. Trump is a counter puncher and if you hit him he hits back.

In case you forgot let’s review in short what has happened with the media trying to overthrow trump right up until now:

Firs they tried with Stormy Daniels. That failed when it came out she met Trump once and was just trying to shake the president down to get money and publicity for her failed stripper career.

Then it was Russian interference with the election to help Trump. That failed when it came out that Obama interfered with Israel’s election,

Then it was Russia colluded with Trump to make Trump win. That failed when it was revealed that Hilary was the real colluder with selling 20% of our uranium to Russia for 145 million dollars to her crooked foundation and Bill received $500,000 for speaking over there for a half-hour speech.

Then came The Mueller Report. That failed after the report revealed that Trump did nothing wrong and to the shock of his followers Mueller appeared visibly shaking and looked like a feeble old man and couldn’t remember things in his own report.

Then came calls for impeachment by crazy loud mouth Maxine Waters and other Democrats like Al Greene who said: “we have to impeach him because we can’t beat him”.

After 30 million dollars of wasted taxpayer money they failed to find anything worth impeaching Trump on and he was vindicated.

Then came accusations of Trump and the Ukraine president over a letter Trump wrote to the president asking him to investigate Biden’s son. That failed when it came out that Biden strong-armed the Ukrainian President threatening a billion dollars in aid if Zelensky didn’t fire the prosecutor investigating his son. That topped off with Adam Schiff on the Impeachment commit forging the letter trump sent to the new Ukrainian president.

Which brings us to the current situation with the Coronavirus or Wuhan virus which it really is causing panic among the population. Some people say the Coronavirus was a premeditated attack by the Deep State designed to generate mass hysteria, crash the economy, quarantine the masses, & push mandated vaccines. The media went along with it in hopes it would damage Trump somehow and blamed Trump for it. A New York Times headline said “if you are feeling low You know who to blame”.

Anybody else notice how nobody is talking about Hunter Biden, Ukraine, & the Dems’ impeachment hoax any longer? This virus, which may or may not have been created in a Wuhan, China lab is just their latest attempt to hurt our nation & distract the public from their crimes.

23,000 people in the United States have died from the flu this year compared to only 285 from the Coronavirus – a large portion of which came from a nursing home in WA. Combine that with the 99.7% survival rate for ages under 50 & none of this mass hysteria makes any sense.

The left thinks Trump is calling the Coronavirus a “hoax.” Wrong. He’s calling the fear-mongering by the Dems & the Fake News Media the hoax. “Russia” didn’t work, impeachment didn’t work, & now they’re blowing this virus out of proportion in an attempt to hurt his presidency.

Trump has declared the Coronavirus a national emergency. This is the right move. Obama didn’t declare the Swine Flu a national emergency until 6 months later when MILLIONS of Americans were already infected, 20,000 were hospitalized, & 1000+ were killed,

So far as of this writing in the US there are 24,148 confirnmed cases and 285 deaths out of a population of 300 million.

CNN is calling the outbreak a “pandemic”.  Neither the World Health Organization nor the Centers for Disease Control and Prevention have defined COVID-19 as a pandemic, but why should facts stand in the way of a media narrative? In response, Trump is compelled to show that he’s working hard to resolve this crisis.

Trump has now instituted a 15 day guideline including ordering restaurants, bars and theaters to close and for people to work at home for the time being until this blows over. I can imagine now the reporters must be all in aghast since they can’t go to their favorite bars and restaurants or shows for the time being.

This is known as “social distancing.”Social distancing” is brilliant. Instead of panicking the public with a phrase like “Martial Law,” we are now rallying behind a phrase that is essentially serving the same purpose.

First, they all really get on Trump’s case and call him a racist for stopping anyone from China from coming to the U.S. Now they are demanding he become a dictator and do all sorts of silly things. The states are doing them on their own. Closing schools, closing businesses, closing libraries, stopping weddings, smaller funerals and the elderly should stay home.

Progressives are using this to instill fear and implement power controls. They want us to be Socialists – so now you are getting a good taste of what it’s like. No Food, No TP, no Travel, No Sports and lots of fear-mongering and yet only 50 people, over the age of 80 have passed here in the states so far.

This should serve as a reminder to young millennials to what socialism is all about. If they want socialism that much, let them get used to this type of operation. As the late Frank Zappa said, “Socialism creates bad art, bad music, social stagnation and a lot of unhappy people.”

Meanwhile, Trump is urging everyone not to panic and enjoy their home. The President is right, we should not panic and today at the press conference he said once this is all over the stock market will surge like never before and people will be doing well again.

Sure we are losing our freedoms just like after 9/11 but it is only temporary. As writer Charlie Kirk recently stated,” So, don’t panic. People will get off cruise ships. Italy will reopen. The baseball season will start, and Bieber’s tour will be back in full force (I know you were worried). Above all else, the prosperity that America has enjoyed for the past three years will return.

The Left’s Use Of Corona Virus To Attack Trump Is Backfiring is original content from Conservative Daily News – Where Americans go for news, current events and commentary they can trust – Conservative News Website for U.S. News, Political Cartoons and more.

Trump Set To Declare A National Emergency And Build The Wall

JK Rowling: People Afraid to Speak Out Against Transgender Activism Out of ‘Fear for Their Personal Safety’