Why The Anger Over The 2018 Budget Is Misplaced

We have all heard it, we that voted for Trump with promises on the wall, to increase our military budget, to fund the wall and cut off funding to Planned Parenthood, the House and Senate betrayed us with the 2018 Budget, they all need to go, but is part of this anger misplaced? Or is there a more significant reason why the budget was passed as it was.

If you look at the budget proposed by the House, then the one that was voted on by the Senate, finally the meeting of both sides, the final budget came out much, much different then was proposed. We saw a budget proposal by the house that not only gave funding to the wall, cut off funding to Planned Parenthood, but also increased the budget for the military while giving them much needed relief after years of uncertainty and patched funding measures to keep the government operating, parts and repairs to the military had reached critical levels, this was discussed in an earlier article: The Destruction Of The Great American Military. So what happened to that bill? The Senate is what happened. What you basically have is the Senate while it does hold a GOP majority of 51 to 47 (there are two independents, but may as well call them DNC members by their vote), you need 60 votes in the Senate to pass anything. Now, if you had to figure out a way to draw in just the two independents and get 7 Democrats to switch, you may get something done with less compromise, but the whole problem comes with members of the GOP, members like Sen. John Barrasso (Wyo.), Sen. Susan Collins (Col,), Sen. Jeff Flake (Ariz.), Sen. Lisa Murkowski (Alaska), Sen. Rand Paul (Ky.), Sen. Ben Sasse (Neb.), Sen. John Thune (S.D.), Sen. Jeff Flake (Arizona), have shown that country and their voters mean less than their vendetta, thus every time Trump is trying to get something through, these 8 vote against him.

Even though the GOP does show a majority on paper, these have indicated that they would instead vote with the DNC then give Trump what he needs to govern, what you really have with these Never Trump crowd is a majority for the DNC, that is why they are acting like after all, a 43 vs. 58 majority against Trump, so anything passed by the Congress, even though they gave in their bill what we asked for, without this support from GOP members getting a bill done in a manner that is consistant with our desires, and Trumps as well is impossible. So what does the GOP have to do, give the DNC their victory, because these eight fake GOP members would rather provide the DNC with their success than see Trump succeed? I have to ask, why are they still in the GOP, they should be tossed out.

So what can we do about this? If we don’t want to see a repeat of the 2018 budget, to see every stop Trump has tried to move forward thwarted, we need to primary these Senators out. Thankfully McCain is on the way out; he is a very sick one time hero that has allowed his personal bias to take over what is good for the country. Flake is going as well; this fool is thinking he is going to challenge Trump in 2020 for the nomination in 2020, maybe the GOP could do us a favor before then and throw this useless idiot out of the GOP, we would do best if he disappears into obscurity. The rest of these Senators we first need to primary all of them out,

At this point John Barrasso, Sen. Rand Paul, is up for reelection, we need to find someone that would challenge them in the primaries and get them out of office, then notify Sen. Susan Collins, Sen. Lisa Murkowski, Sen. Ben Sasse, Sen. John Thune, that next election the same will happen to them if they continue their crusade to stop Trump. Next we need to look at DNC senators that are up for reelection, with only 30% of the GOP members voting in the presidential election, far less in the mid-terms, if we could motive even 40% to vote we would rid ourselves of most of the DNC Senators in any contested or Purple states, we then see if any are weak in blue states and rid ourselves of them as well.

What has worked out for the DNC for years is they have a grassroots group of workers that go door to door, motivate people to vote, it has shown in their votes, we are the majority, it is time we do the same and have our voices heard. We need to get out everyone and vote, if we got 60% of the conservative voters to vote, we would not see Democrat victors in any of the contested area’s, only the very blue states, such as  California on the coast would be a problem, and there are far more conservatives there then most of us realize.

So I finish this with what did we get with this budget. The first thing that Trump was facing was a simple fact that our military was not ready to fight one major war, let alone the one and a half that our policy has set it up for, due to neglect it was a shadow of what it once was. Trump was faced with a choice, either veto the bill, get nothing done. Thus our situation in the military would continue, or suck it up and sign the bill. 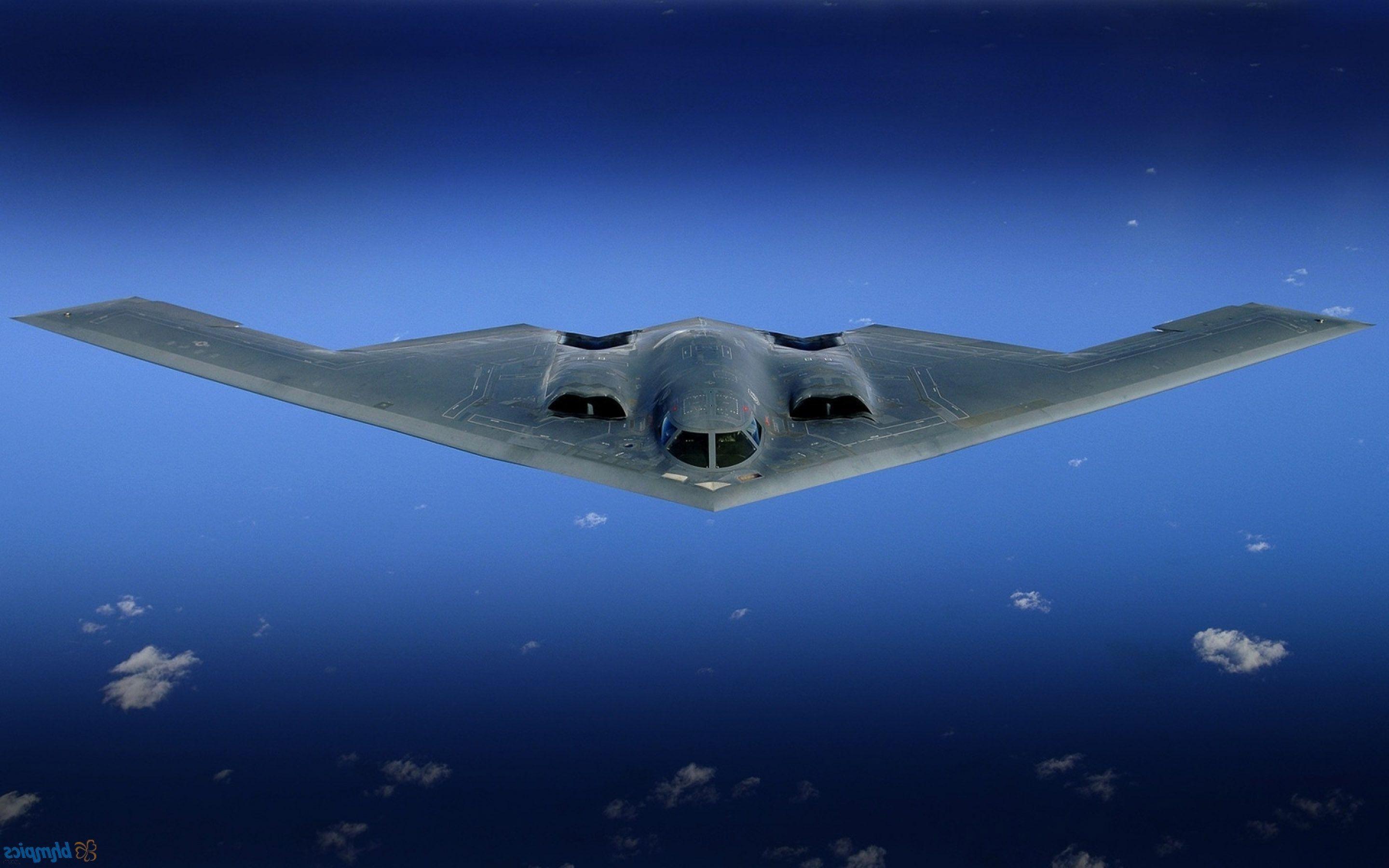 If you look at the military today, as I had explained in The Destruction Of The Great American Military:

“Today the Army has 55 brigades, of those only five, are fully manned due to a lack of funding, this means in the time of war we would be lucky to 1/2 of the other brigades manned, and that would only be by robbing from one to make another combat effective. This means that if you look at the totaled manned while we show 55 we would be lucky to have 32 fully manned, this means we would be hard-pressed to take care of one theater of war, you add another we don’t at this point have the needed equipment ready to go. We right now are seeing most of what is ready in Afghanistan and Iraq, if we were to face a war with say Russia or China; we would have no choice but to pull out of the Middle East. If they set about attacking Canada or coming up through Mexico, we could lose half the country before we could respond. And this is just the Army.

The Airforce is not in much better shape; today they say about 1/2 of our fighters are combat able, the Air Force and the Navy now are going to museums to strip parts from fighters on display to make our airframes flyable. In 2011 the service chiefs were saying this was irreversible at that time, now seven years later the situation has gotten even worse as time has taken its toll, and that does not count in combat and what that does to our readiness. At this point, the Air Force is the “the smallest and oldest it has ever been,” this is according to heritage.org.

Before 1991, the Air Force bought approximately 510 aircraft per year. Today, the average age of our aircraft is over 27 years [1]. In the past 20 years, we have averaged only 96 per year, what we are starting to see is over the last 20 years as aircraft age their effectiveness goes down, add to that the problem with spare parts, which under the current budget there is little or no funding for replenishments, our Air Force is in danger of not being able to perform its mission.

This is just the tip of the iceberg, there is far more, that is why as C&C President Trump saw the need for our national defense was so great he had no choice but to sign the bill, our military was in what was clearly an emergency situation, it just was not able to do what it was there for.

We are looking for people to blame, many of us are angry we voted, and this bill was not what we voted for. But I have to ask, how many of you that did not vote could have changed things if you had? We would not be stuck with majorities in the Senate with the DNC and the Fake GOP members that are part of the Never-Trump crowd; we would be seeing Senators that care more about what their people want then their personal vendetta’s. It is time to clean house, to let the Fake GOP members know they are going to become extinct, this is not what we want, we then need to cast our eyes on the DNC players, start getting them out with people that we want in, let them know no longer will we not be heard, we will be Silent No More!

The Destruction Of the Great American Military

Would Generals Refuse Orders To Use Nukes?

Free Speech, Should It Be Curbed?

California Says Federal Lawsuit Over Immigration Is Declaration Of War